Did you knew that we have a psychologist on judo? We meet with him on ever second week and it’s because we are learning how to let go of stage fright and other problems you have to face as athlete. However last week we had it and we were talking a lot like always… And I started to talk about my normal problems about judo fights.

The thing is that when I am on competition I am so so focused and I go on the fullest full you can imagine and I have that fire thing in eyes… Something I go to hard, because once I was already winning. But instead of getting into defense I was constantly attacking. And because I was to aggressive I lost in the end…

But this is only one part of my problem. We often go on judo camps and we fight with different people from different clubs and different countries and we are having trainings with them and stuff. but the thing is that… When I don’t have this power that competitions bring me, this adrenaline, I am only half from what I can be. And than there comes…panic. And I am even less than a half suddenly.

But why, why this effing panic? I was wondering about my panic in judo… For long time. I was thinking about that a lot, specially during summer holidays. And I think that now I finally seem to know. I am there, fighting and there is my trainer telling me what I have to do and correcting me. And I am focused on what she says and I am trying to do it. I try to do it. But I normally don’t do it in the first time. And than everything starts to fall apart… 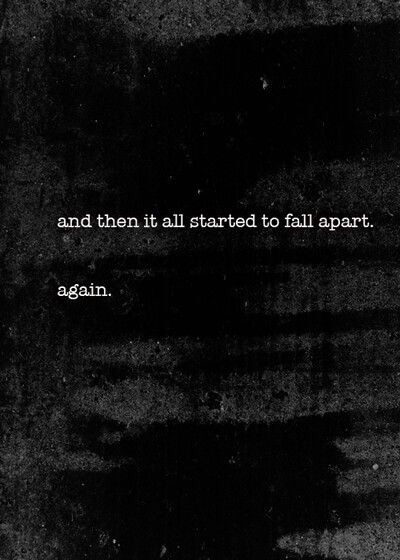 No shit that I don’t do it than. I am so lost in all this negative thoughts that becaome angry and next step is panic. My trainer knows all about that i guess(really can she read minds???) and she said:’ Tara all you need is…not to give up.’ And with that she didn’t meant giving up with my attacking or defensing or holding or anything like that, or so I think. She meant that I should not give up myself… to this thoughts.

And… this is so true. If I just keep telling to myself that I am trying but that I am not ever gonna do it… Nothing is gonna change. For example I will took Jessica, this super friendly girl who trains judo with me you know. I hope she doesn’t mind…

So the thing is that Jess is really really thin. Not because of any special reasons, she just is like that, she always was, for as long as I remember. And I can sometimes see how hard are some thing for her. But I only see that because I know her. People who don’t…won’t see it. Because no matter what she goes on full. You can see how much she wants. And for what she wants, she is ready to gave. She is sometimes trying so hard that the only thing I need to say to her that sometimes she needs to stop. And…she is so inspirational. She looks thin but in true she is so so strong... This kind of willpower… You don’t meet it everyday.

And yes, this did inspired me for today’s post. Because our trainer said to her today something I have noticed too. It’s how much stronger she even looks from last year. Jessica, if you ever read this…please you don’t mind taking you as example 🙂 .

Talking about Jess… You see her weakness makes her stronger in some way. My weakness is panic… Can I make my panic, my weakness…something to rise from? I was telling you that I was thinking a lot about that trough holidays… And something did awaken in me… Its something wanting me to grip this panic like it was gripping me and throw it into  trashcan by my house… And i will throw it away. One day… I mean, it would not be realistic if I would just say:’Oh I won’t panic anymore’ and I would stopped. I will take small steps… and came far. And I won’t be trying… I will be doing it. This is my goal for this year. I am a little afraid when I look at this goal, but this won’t me stop… I am brave and fear doesn’t stop me. But also… I feel so sure and so focused on it. I want it so much… It’s time to make a warrior out of me. 5 thoughts on “Make me a warrior”